Ever wonder why some people seem to have it so easy, but you seem to always have a hard time with things financially? It just doesn’t seem fair.

What are you missing, aside from not knowing exactly what to do to build a busy practice without burning yourself out?

See, having the step-by-step is very important, but it’s not enough. That’s why someone who has the same (or less) intelligence as you can take something and run with it…and you see them making more $ than you, while you’re wondering what’s wrong with yourself or maybe even blaming your mentor that what they taught you didn’t work.

Here it is: What’s the conversation you have with money? And how powerful of a manifestor are you with attracting and keeping it?

When I was growing up, the conversation about money was that we didn’t have enough of it. 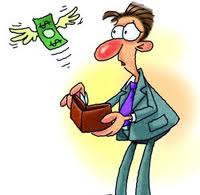 For me, it was a leak and it ran deep.  Even if I made a good amount of money, I would somehow spend it so that I would “not have enough” of it. (Now, I’m someone who hates shopping and accumulating “things” (I’m the last one you’ll see rushing in line to get the best sale during the holidays or being at the mall if I could avoid it), but I would spend it on experiences such as traveling, learning, or on things like real estate investments that were important to me. I valued experiences, learning, and in making a good return financially for retirement.)

And these patterns continued as I made more & more money…until I put attention consciously to what was going on with not manifesting a full bank account.

(You see, unfortunately, making more money does not solve problems when you don’t take care of a serious leak).  You make more money, but your expenses grow and you don’t seem to be able to get ahead.

What’s your main conversation with money, and how is it showing up in your life?
Are you struggling? Are you easily making money? Or do you have a hard time making it in the first place?

At the root of it and when you truly look in, do you feel like you deserve it? And even if you logically know you deserve it, there’s more to powerfully manifesting Otherwise, you’d be happy with what’s in your bank account.

A couple of years ago, when I met Maribel Jimenez who is a part of a year-long high level mastermind that I was a part of, she intrigued me. I still remember her standing up on a stage nonchalantly sharing that she manifested a $50,000 coaching client over the phone….as if it were the easiest thing to do. As I got to know her more, it seemed like she just had a way of manifesting situations that supported her. And manifesting them with total ease.

It would be the kind of thing that could make you jealous.

You might be thinking—easy for her, but I could never manifest that much money in one sitting because I’m in a different profession. Well, if that’s the case…I believe you are right.

But if you’re intrigued and wonder whether the laws of the universe could work for you as they do for others, then join us for this special upcoming call where she has agreed to show you some simple principles of powerful manifesting….manifesting money, clients, and the right situations to support you.

What if you could attract more money, clients, and situations that support you….with ease? Come learn from Maribel Jimenez personally! You’re invited to listen to me interview her live about her secrets of powerful manifesting:

6 Steps to Tap into Your Manifesting Power: 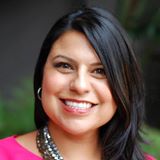 ● How to powerfully manifest what you want, so you can bring it to you like a magnet and access the prosperity you deserve
● Discover the top 3 mistakes people make when trying to manifest money in their lives….and how to approach it differently
(once you are aware of them you can quickly turn your money manifesting power on whenever you want);
● The exact steps Maribel used to manifest $100,00 in one week…and it happened with a lot of ease
(you can use it manifest YOUR next $1k, $5k, $10k, or $100k!)

Maribel went from feeling stuck in a corporate job to struggling as an entrepreneur to replace her income. Now she is a powerful money and client manifestor! Come join us for the interview to learn her secrets to her newfound prosperity, while balancing her role as a mother and wife.

Sorry, this event has already taken place.
Enter your name and email below and you’ll be one of the first to know if it becomes available again: